The Power of Beliefs About Social Emotional Learning (SEL)

There’s a problem in the field of Social Emotional Learning. It goes something like this: Even though most agree that SEL is educationally valuable, how much and well Social Emotional Learning (SEL) is taught varies a lot from school to school and classroom to classroom. What’s more, educational leaders often don’t know how much and how well their SEL initiatives are going, even though they may have invested a lot of resources.

Could the answer lie in what teachers believe?

Here’s what I mean. Most of us would agree that what we believe influences what we do. For example, if you believe it is raining outside, you might get your umbrella before leaving the house.

Beliefs influence what happens in school too. Another example is that when children believe that hard work makes them smarter—aka “growth mindset”—they are more persistent in the face of failures.

What about educator beliefs? How do the beliefs and mindsets teachers bring to school influence what they do?

Realizing this, the xSEL Labs team got to wondering what educator beliefs might influence their SEL practices. We found a wonderful article by Marc Brackett and his colleagues that described a survey measuring teacher beliefs about social and emotional learning. They found that what teachers believe about SEL was associated with important outcomes such as openness to SEL programs and program effectiveness.

This kind of survey struck us as especially useful to leaders who wanted to understand the extent to which the staff at a school are ready to embrace SEL and engage in effective SEL practices. With good data, district leaders could, for example, deploy professional development and coaching resources where they are needed the most.

So this spring we set about creating and piloting an educator SEL beliefs survey. Our 20-item survey is designed to measure interest in SEL, confidence in teaching SEL, perceptions of principal and peer support for SEL, integration of assessment into SEL practice, and perceived impact on student outcomes.

Here’s what we did next: We administered the survey to educators in a school district with five schools. We wanted respondents to feel they could be candid, so they completed the survey anonymously, with no way to trace responses back to the respondent. Then, we averaged scores within the content areas and shared what we found with the district.

What we learned and shared with them was that:

We have reason to trust that these results reflected what educators were doing. The school that had been engaged in SEL most vigorously and systematically integrated assessment, scored highest on support and assessment, for example. On the other hand, the high school, which had not focused much on SEL, scored lower on most indicators.

So what can districts do with this information? It was clear from reviewing the results that all five schools would benefit from professional development and coaching to lay the groundwork for successful SEL. We think our Educator SEL Beliefs Survey can shine a non-judgmental light on teacher beliefs so that support can go where it’s needed most. Let us know if you are interested in using this survey and learning more about our suite of SEL assessments. 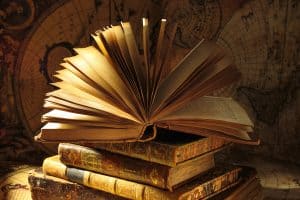 By Mark Gallagher, Ed.S., Director of Continuous Improvement, Marysville Schools Where To Begin As educators, we live in an age of “new” and “one more

A day of school is packed from the opening bell to dismissal. Teachers are expected to cover a great deal of instruction in core subjects 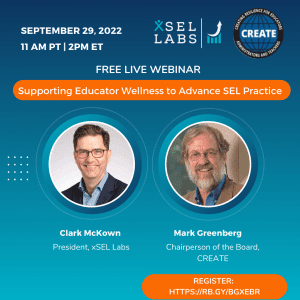