Why Sensitivity to Change Matters in SEL Assessment

Most of our partners, be they educators or researchers, use our social and emotional learning (SEL) assessments in part because they want to measure growth in student competencies. After all, educators are in the business of nurturing student growth; applied researchers are in the business of measuring the ability of SEL practices to nurture student growth.

In research and practice alike, assessment is key to measuring impact. As SEL has become a more intentional focus of educational work, educators are trying to find ways to measure social and emotional growth. In that context, educators and researchers need to know that the SEL assessment they are using can detect growth in response to instruction.

We have pulled together several examples that demonstrate the ability of our SEL assessments to detect student growth in response to instruction. These examples range from a school district using pre- to post-assessment data to a research team using assessment data in the context of a randomized study. All are using data to answer the same broad question: Did our efforts to nurture student social and emotional competence make a difference?

Insights from a Universal SEL Initiative

One of our partner districts, Mineola Union Free School District (UFSD), has been implementing systemic SEL programming for several years and uses a combination of locally developed SEL resources and a widely available SEL program. Their focus during the 2020-2021 school year was teaching children to understand others’ perspectives. The district administered our competence assessment, SELweb, to all students in grades K to 4 in the fall and in the spring. They then looked at how student performance changed from fall to spring.

The plot below shows student performance fall to spring across the entire district for the competencies assessed by SELweb. The area of greatest improvement from fall to spring was social perspective-taking, the specific competence that the district was targeting for improvement—in the fall 70% of children performed in the average range or better; in the spring 83% of students performed in the average range or better. Although not definitive, this suggests that SELweb demonstrates sensitivity to change in student competence and sensitivity to change in the specific competencies that are targets of instruction. Read more about SEL Data in Action at Mineola UFSD.

Another district partner convened small SEL groups for students who needed extra support. The small-group instructor used Rosen Publishing’s Focus on Social and Emotional Learning (FOSEL), which uses leveled readers with stories designed to teach social and emotional skills. In this way, FOSEL integrates literacy instruction and SEL instruction. All 56 students completed SELweb before and after participation in the group.

In other words, these are moderate to large, and more importantly, educationally meaningful improvements. They are comparable to or larger than the improvement in perspective-taking from the prior example. And the association between the number of sessions attended and the size of the benefit suggests that the FOSEL program was responsible for the improvement. These findings also suggest that SELweb is sensitive to efforts to nurture student social and emotional competence.

Although it is often the best information available and can be very helpful in understanding how things are going, pre- to post-data has a limitation. Specifically, it is difficult to know whether any improvement from time point 1 to time point 2 was caused by the intervention. Perhaps the change would have happened without the intervention or is the result of something else that students experienced between the first and second assessments. This limitation is the reason that the most rigorous studies of educational interventions (and medical treatments such as vaccines!) employ control groups, which are equivalent groups of students who do not receive the intervention. If the group that receives the intervention does better than the group that does not, this suggests that it was the intervention that caused the measured improvements. Emerging studies using SELweb as an outcome measure provide additional evidence that it is sensitive to treatment effects—and these studies include control groups.

Insights from the Changemakers Program Evaluation

Program providers have also used SELweb to evaluate the impact of their programs. One program provider, the Momentous Institute, used SELweb to evaluate the impact of the Changemakers curriculum (formerly “Settle Your Glitter”) comparing 186 children in kindergarten through second grade who were taught the curriculum to 214 students in another school who were not. Children who were taught the curriculum performed .38 standard deviations better on SELweb’s emotion recognition subtest and .26 standard deviations better on SELweb’s social problem-solving subtest. Again, these are moderate and educationally meaningful improvements. This time, because of the presence of a comparison group, it is much stronger evidence that SELweb was sensitive not only to change in student skill level but to change in skill level that was caused by the intervention. Momentous Institute continues to use SELweb to guide practice and to support continuous improvement.

A second program provider, Centervention, distributes innovative game-based software designed to teach children social and emotional competencies. WestEd, a research organization, conducted a randomized study of the impact of one of these programs, S.S. Grin. Classrooms were randomly assigned either to use S.S. Grin or not and students in both the S.S. Grin and comparison classrooms completed assessments, including SELweb’s social problem-solving subtest, before and after the program began. At post-test, students who completed S.S. Grin scored .33 standard deviations higher on SELweb than students in the comparison group. Again, these are moderate and educationally meaningful improvements, and as with the Changemakers evaluation, because of the comparison group, it was highly likely that completing S.S. Grin caused improvements in skills that were reflected in students’ SELweb scores. Once again, this suggests that SELweb demonstrates sensitivity to changes brought about by effective interventions.

SELweb is a useful tool for benchmarking student competencies and guiding instructional decision-making. It is also sensitive to the impact of those instructional decisions. If SEL is part of your school improvement plan or is in any other way a key performance indicator in your district, strongly consider using an assessment that is capable of measuring growth in student competencies. 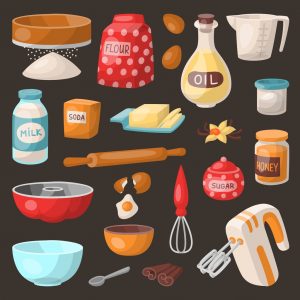 Recently, I met with a team of teachers and administrators who had administered our assessment, SELweb. I thought I was there to help them make

By Move This World Sara LaHayne is the Founder & CEO of Move This World, a social-emotional learning program that provides PreK-12 students, educators, and