Educational Equity and Why It Matters

Racial equity, and its absence in American life, has been thrust onto public consciousness by police violence and health disparities, among other things. Although much of the present conversation focuses on policing and health, educational inequity, and the systems that maintain it, are also problems. Racial-ethnic gaps in educational opportunity, achievement, and attainment contribute to long-term structural inequities in economic opportunity, health, and a just society.

Now, there are no magic solutions that will achieve educational equity overnight. But if these tactics were used widely, I would wager they would make a measurable difference. First, I offer a brief summary of evidence-based anti-racist, pro-equity educational practices that are available today, without delay. Then, I’ll consider some of the forces preventing their widespread deployment.

Cooperative learning is a powerful instructional approach that supports educational equity and is anti-racist. In cooperative learning, children from different backgrounds and achievement levels work in groups characterized by positive interdependence.

Positive interdependence is achieved when the outcomes of each student depend on the performance of all students. Positive interdependence can be created by giving everyone in the group the same grade for a single work product, by making each student’s grade a function of their performance and that of their group mates (Success for All Model) or assigning roles to people such that everyone’s participation is essential to the group’s success (Jigsaw Classroom). In each of these models, every group member’s success depends on the success of his or her group-mates, which incentivizes students to support one another.

(Note that cooperative learn does NOT mean having students work together in groups or seating students in groups.)

One study examined an elementary school curriculum called “More Than Meets the Eye.” In this curriculum, children studied members of a fictional target group of 30 children. Fictional children from different ethnic groups share interests and talents, and ethnically similar children differ in their interests and talents. Children cross-categorize the children from the fictional group—noticing the commonalities of children from different ethnic backgrounds, for example, and attend to the unique and multiple internal characteristics of each child. Teachers also discussed stereotypes and prejudices with students. This simple exercise reduced negative racial attitudes. (And yes, children have racial attitudes.)

Open Discussion of Race and Racism

Reducing the Impact of Negative Stereotypes

A subtle but powerful contributor to achievement gaps is broadly held stereotypes denigrating the intellectual ability of Black and Latinx students in general, and girls in math. As early as elementary school, these stereotypes can be invoked subtly by, for example, characterizing a test as a measure of ability.

While we’re working on reducing these toxic expectations, there are simple actions that can help protect members of stereotyped groups and increase educational equity. In one study, investigators had adolescents complete a simple writing exercise in which they identified an important value and wrote about it. Other students completed a different writing exercise. Values affirmation reduced the negative impact of stereotypes. In another study, teaching students growth mindset—the idea that efforts improves ability—reduced the negative impact of stereotype threat.

The Role of Social Emotional Learning

It has been many years since I kept current with this literature and I have no doubt there are others. What’s striking is that these studies are decades old, proved what can work, and are rarely or inconsistently put in practice.

Would Doing All of These Things Get Us to Educational Equity?

One important point: Even if we did all of these things, it would not eliminate racism or achievement gaps. To do that, excellent instruction would have to be equally available to all students, and that requires structural changes. Still, I am confident that if these practices were routinely used, they would create more intergroup harmony, reduce prejudice, and reduce academic inequities.

Why Don’t We Do What We Know Works?

So if we have these evidence-based approaches, why aren’t they more widely used? It is difficult to know for sure, but I have a few thoughts.

When I was in graduate school many moons ago in liberal Berkeley, California, I studied stereotyping, prejudice, and its impact on educational equity. As I learned that it is possible to combat these pernicious social influences in schools, I became excited about doing something positive. But a funny thing happened. When I spoke with educators about these possibilities, exploring ways to support the adoption of any of these strategies, the educators, largely white, all liberal, all passionate about education, expressed mild interest followed uniformly by inaction.

Perhaps this response was because I was a lowly graduate student. Or because I’m White. Or because of a dozen other plausible explanations. In retrospect, however, I think the inertia that followed those discussions was the most common reflection of systemic racism: Inaction. And here we see the role of adult SEL—in this case self-awareness, in moving things forward.

There are of course exceptions where very real change is happening. But those exceptions only highlight the general rule that we aren’t doing what we know works.

So let me ask you, if we already know what works, what will it take to build schools that walk the talk of anti-racism and greater educational equity? 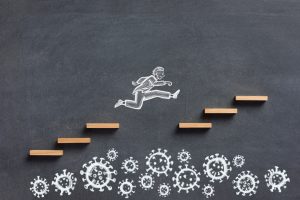 Four Key Challenges for the Field of Social and Emotional Learning (SEL) At the risk of stating the obvious, SEL has gotten big. Before the

SEL in the School Improvement Plans According to two large-scale pre-pandemic surveys of educators, more than half of American school districts are implementing some form 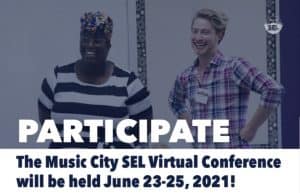 Join us at the 2021 Music City SEL Conference

We are excited to present and sponsor the 2021 Music City SEL (Virtual) Conference on Wednesday, June 23 through Friday, June 25. We hope to